I Don't Like Too Many People Around Me- Is That Normal?

Is It Normal to Dislike Gathering?

It has been proven since ages that human beings are naturally oriented to socialization and thereby it is evidenced in the age-old history that human beings are considered to be social animals. Social interaction is a pivotal part of the humanitarian society. They form the base of our families, the government body, and the global economy as well. Socialization is believed to emerge historically beginning from the unification of couples leading to the formation of clans and larger communities. Though socialization in the current era is considered to be an important part of our life cycle, there are still many individuals who prefer to keep away from too many people surrounding them.

Here it may be confusing to many individuals whether it is okay to dislike being around too many people. Some may also be thinking that if it indicates sound mental health or not. It is high time where detailed understanding is essential. According to various research studies in the discipline of social psychology, we have come across two basic categories of people who would rather not prefer to be around too many people.  It is not necessarily the fact that they are psychologically unsound, rather they possess personality traits that distinguish them from the rest of the society. In order to get a clearer picture, let's look into the same in details -

Being an introvert does not mean that they prefer to stay all alone and do not like to keep connected. The introvert individuals do love to socialize but what they mostly hate is shallow socialization. They are usually fed - up with the so-called " need-based talk " and superficial niceness. They usually cannot get along with people with whom they are not deeply connected from within. As introvert individuals, they do not prefer to hang on with those people who actually do not care for the bonding and often lose interest to converse or meet up if it does not suit them. These individuals spend much time and emotion in keeping the relationship working with a particular friend, member of a family, cousin brothers and sisters, a friend group, and even their special, where in most cases they often end up being betrayed.

Social Anxiety is a fear of social interactions with the people who generally trigger the feelings of self-consciousness, judgment, and evaluation. It the fear of facing negative judgment from others that makes one feel inadequate and embarrassed. If an individual feels confident while they are alone but senses fear in the presence of social settings there social anxiety might be the cause. As per various research studies, Social Anxiety Disorder also known as Social Phobias is an age-old problem. More than a billion people around the globe suffer from this form of a phobia which generates from specific social phobia or a more generalized form of social phobia. A specific social phobia may be indicative of the fact that a person may have a fear of public speaking whereas a generalized phobia means that the fear is triggered in almost all forms of social settings.

People with social anxiety disorder suffers from emotional distress in the following circumstances :


Correct Time for Consultation with a Professional

Emphasis needs to be provided on the fact that not liking too many people around us during certain situations might be a matter of preference. Yet one must keep in mind that in case the feeling of fear is triggered in normal social situations, one should go for a consultation with a mental health professional. The other associated symptomatologies are as follows -

One may develop social anxiety due to the inheritance of the same through the biological transmission chain. According to many research studies, parents and siblings of the concerned persons may be seen to have similar psychological issues.

Children who experience teasing, bullying, rejection, humiliation, and ridicule may have tendencies towards social anxiety disorders. Conflicts within the family, trauma, or abuse during childhood may be other associated factors.

Know, How to take preventive measures against Mocking or Bullying

Children who have witnessed strict upbringing and are restrained from socialization are at high risk.

the onset of social anxiety is usually triggered during the period of teenage. Where one has to mix up in the outer world, face audience during public speaking, and deliver new work presentation.


Having an Appearance Attracting Attention

In the case of facial disfigurement, tumors due to Parkinson's disease. Tourette syndrome and stammering may trigger the same feeling in an individual.


What Complications Can Occur?

If the intervention of a Mental Health Professional does not take place at a given time, it is capable of causing certain complications. These are as follows :


What Are the Common Preventive Measures?

Social anxiety can take a critical turn alike many other psychological issues if intervention is delayed.

this helps one to keep track of the incidents occurring in o e's daily life and thereby helps the mental health professionals to track the causation of the social anxiety disorder.

One can work on the reduction of this disorder by focussing on activities that they enjoy doing. Managing sometimes to focus on your hobbies other than essentials is important as well.

The use of alcohol, drugs, and nicotine can worsen the level of anxiety to the extent that one cannot even imagine. On the other hand, quitting the same without knowing the proper pattern might be equally harmful to one's physical and mental health. Therefore it is advisable to take assistance from support groups or consulting mental health professionals for timely intervention and cure. The early intervention of the Mental Health Professional can make the cure much faster.

You make like reading an article on mental health disorder issues 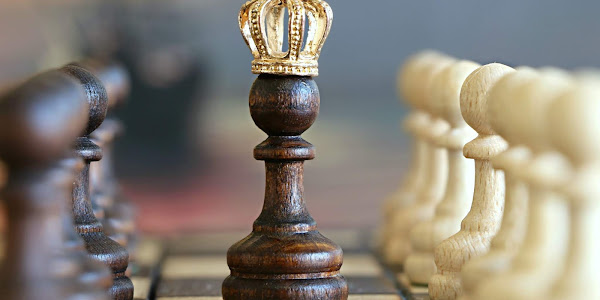